South Africa first sent a swimmer to the 1935 Maccabiah and has competed at every Games since, excluding 1981 – 1989. Team SA won their first medal in 1950 and has accumulated 102 medals to date, winning both individual and relay events. Carmel Goodman, who won two gold medals in 1973, would have been a certain selection for the 1972 Olympics had SA been able to compete. SA Paralympian Shireen Sapiro proudly represented South Africa at the 2013 Maccabiah in the inaugural Para category, bringing home gold.

Incumbent Maccabi SA Chairman Cliff Garrun is an accomplished swimmer, having competed at four Maccabiah (1973, 2009, 2013 and 2017). In a proud moment in 2009, Cliff and daughter Kim both won swimming medals, including a further five medals for Cliff and two for Kim at the 2015 European Maccabi Games in Berlin. In the Pan American Games, the late Theodore Yach won three medals at the 2007 Games in Buenos Aires.

In 2019, Team Maccabi SA took a strong squad to the European Maccabi Games in Budapest, Hungary where 18 months of intensive training and dedication paid off. Under the expert guidance of our Hungarian coach Csanad  Feldhausz and Convenor, Lisa Heilbron our team of 12 swimmers (10 Juniors and 2 Opens) won a record tally of 51 medals (15 Gold, 18 Silver and 18 Bronze). SA came third overall after USA and Hungary, and although winning fewer golds than Hungary, we beat this swimming powerhouse in terms of total medals.

Maccabi SA Swimming plans to build a competitive squad who achieve the strict individual qualifying criteria across Junior, Open and Masters age groups, to compete at the 2022 Games. 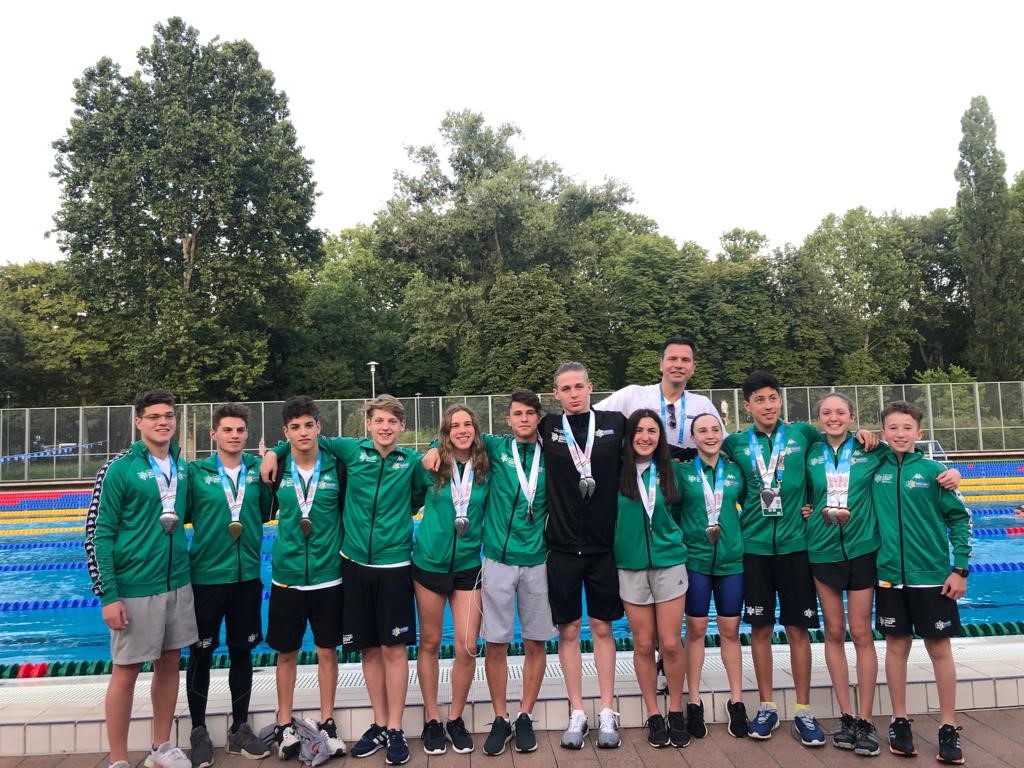